In an offended letter to Prime Minister Narendra Modi — with costs of ignoring states’ rights, moreover jibes over price-rise, bulldozers and communal statements — Telangana Chief Minister Ok Chandrashekar Rao (or ‘KCR’) at the moment mentioned he won’t attend the August 7 assembly of NITI Aayog’s governing council “as a mark of strong protest”. PM is the chairperson of the federal government’s coverage thinktank.

The NITI Aayog referred to as his determination “unfortunate”, and countered a few of the allegations made by the Telangana Rashtra Samiti (TRS) boss. In a word to the press, it mentioned a delegation led by the Aayog’s vice-chairperson had met him in Hyderabad on January 2021 “to discuss development issues pertaining to the state”, however he “did not respond” to latest requests for extra such conferences.

KCR’s boycott of the governance council meet in Delhi, nevertheless, is simply the newest in a collection of his assaults on the BJP-led central authorities. Other regional events — similar to Tamil Nadu’s DMK and Bengal’s Trinamool Congress — have been making allegations just like his, although they have not boycotted the assembly.

In his letter, KCR mentioned the Aayog was began “with the lofty objective of bringing the states on the same page with the Centre”. “Because of no planning and no spirit of cooperative federalism, the country is passing through a most difficult phase with unprecedented problems of falling rupee value, high inflation, skyrocketing prices and increasing unemployment, coupled with low economic growth,” he wrote.

He described Telangana as one of many “trailblazing states”. At a press convention later, he added to this: “Don’t curtail the progress of the progressing states. Development of any inch of the country is the development of the nation.”

The letter upfront reminded PM Modi of a key advice by the group of CMs within the NITI Aayog — that states be given flexibility to design or modify central schemes. “Not all schemes… by the mandarins of Delhi, serve their intended purpose.”

About Telangana particularly, he cited suggestions from “way back in 2016” — to present funds for irrigation and drinking-water schemes — that have not been adopted. “These examples are sufficient to say that the institution of NITI Aayog is rendered useless.”

The Aayog mentioned the allegation that states weren’t co-opted in preparation of the August 7 assembly agenda “is incorrect”. “Detailed consultations between Centre and states, including Telangana, were held resulting in the first National Chief Secretaries Conference held in Dharamshala in June 2022,” its statement said. It also that said allocation of funds to Telangana under central schemes went up by “greater than double” since 2015.

KCR’s letter, though, was not limited to Centre-state relations.

He also slammed the Modi government for inaction over “irresponsible utterances of some leaders in excessive positions on use of bulldozers, encounter killings, 80:20 ratios and references with non secular undertones… (that) are disrupting the communal concord and the social cloth of the nation, moreover inviting worldwide criticism”.

He cited “the one-sided determination to convey the brand new farm legal guidelines” — which were repealed after a year-long protest by farmers — to say that federalism “is intentionally disregarded”.

“I don’t discover it helpful to attend (the assembly)… and I’m staying away from it as a mark of robust protest in opposition to the current pattern of central authorities to discriminate in opposition to the states and never treating them as equal companions in our collective effort to make India a robust and developed nation,” he signed off.

South IN
16 hours ago

Four Members Of Family Die Due To Electrocution In Telangana: Cops 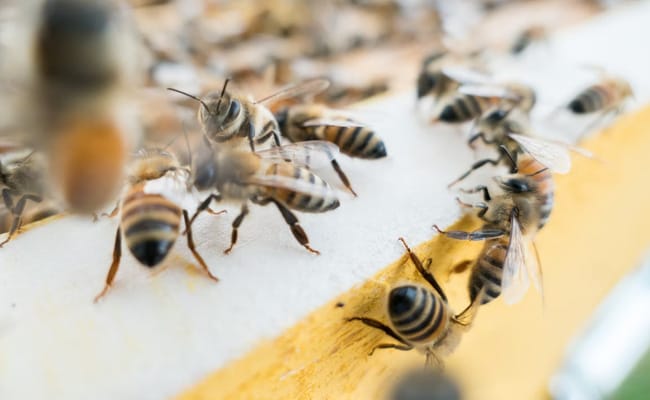